Now daddy doesn’t drink, but he says a lot of people like Patron. We aren’t sure what he means, But anyway, this is Patron, he is Mr Greg Morse’s baby. Patron goes everywhere with Mr Morse. He’s a little bitty thing. Mr Morse is the president of Worthington National Bank, and co-authored with daddy on their new book about bankers. Daddy says he dosent usually associate with bankers and lawyers, but he likes judges. He says when he goes somewhere with Mr Morse, he tries to go at night so no one will recognize that he’s with a banker. Mr. Morse always has this thing around his neck hanging down in front of his shirt, daddy says that’s so people can strangle him if they dont like him. Daddy doesn’t wer one of those unless someone dies, ’cause he says they are for funerals mostly. 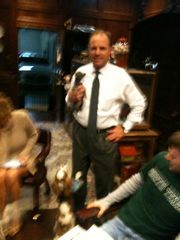 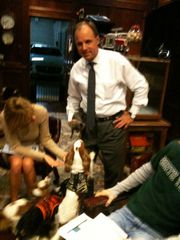 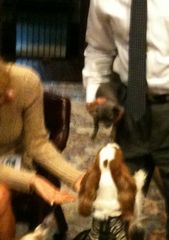 Tagged In:greg morse-patron-worthington national bank
Lance Is A Silly Boy Can we go out Daddy?