Daddy hasnt been letting us sending you updates, its been almost 6 weeks since he allowed us to send one. He says he is too busy (he pushes the keys, cause we cant spell yet, but we choose the pictures). Daddy says I am not smart enough yet to do the Google Crap, but he lets me sleep by the binder, cause he says it is rich with information. Please tell him he is so full of it. We would rather go to Petco. We dont give a crap about Google, but Willie likes Yahoo. 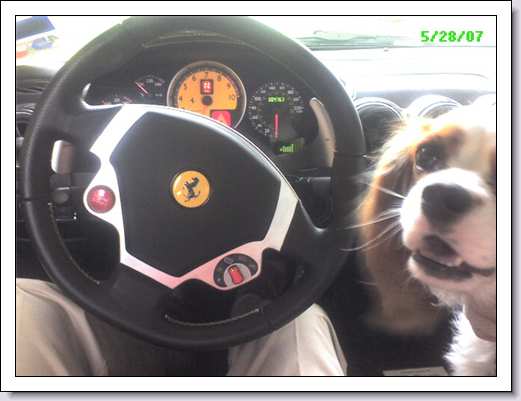 Daddy is teaching me what all the buttons mean, but I know this car sounds GOOOOD! 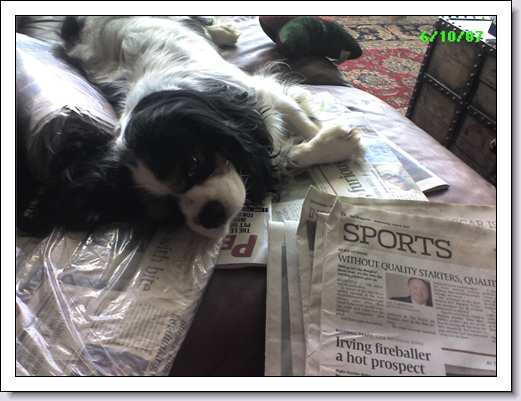 Would someone please tell him he doesn’t have to read EVERYTHING! And if he insists on reading, why cant it be doggie magazines, with cool stuff to order. He did bring us new leads, treats, and a “dog hair & lint roller/remover” from the SPCA show in Dallas last week. What’s up with that? We don’t need any hair removed? 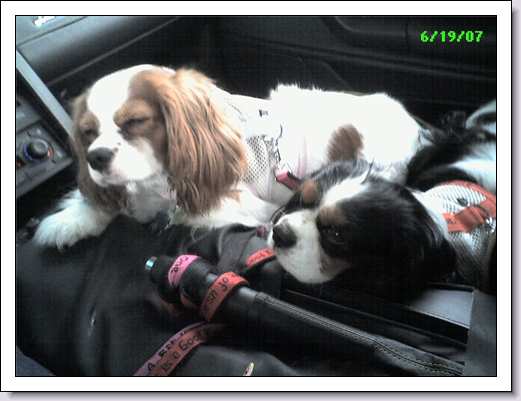 Are we there yet? he ties us up with the leads, in the car, cause we think we might want to jump out sometimes. He says he might commit suicide because we are such pains in his ass, but we think we’re kinda sweet, and we arent jumping out, unless we see another dog or treats. 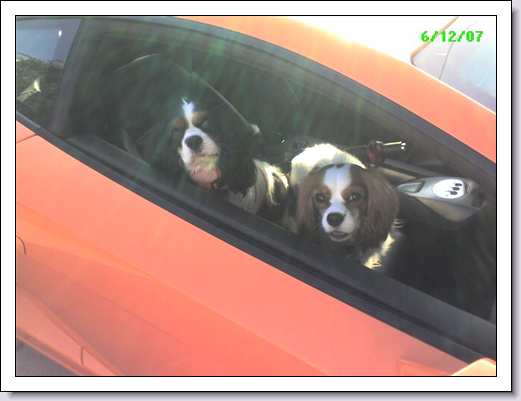 It’s a tough life, but some dogs have to do it. We like the orange Lamborghini. You can see those stinking leads tied up around the handbrake. Daddy is out checking the mail, we’ll wait. we love him. Willie looks goofy, don’t you think? I keep telling him he needs to straighten up if he’s every gonna get a girlfriend, but he is just Willie. 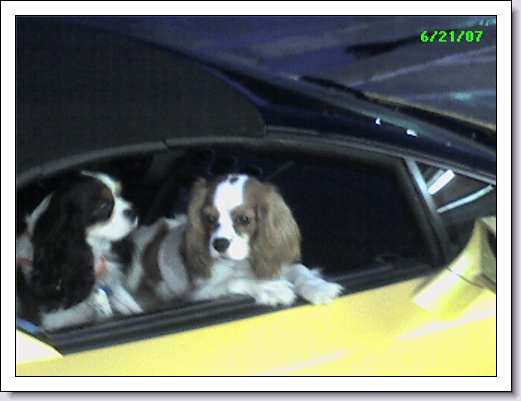 Daddy says we can get preferential parking in this car. When we valet parked at the Worthington Renaissance last week, the man put “man with 2 dogs” on the valet stub. What’s up with that? Doesn’t he know we are Cavalier King Charles Spaniels? geez…. 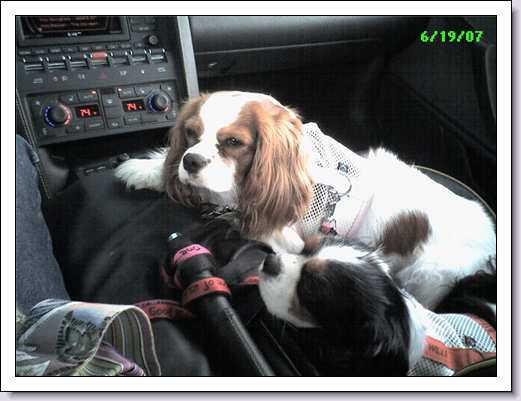 I am mad at him, ’cause he promised us T-Bones at McDonalds this morning, but then he acted surprised at 6am when they didn’t have any. Does he think we are stupid? We told him he needed to wait till lunch, ’cause the neighbor’s peek-a-poo said McDonalds has T-bones at lunch. 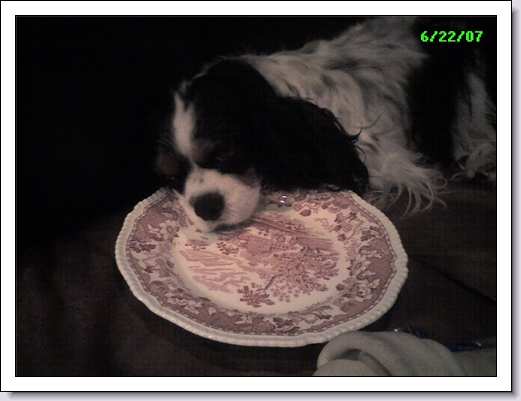 Daddy say no more dindin until tomorrow. He mistreats us terribly. And he weighs us every month on our pet scales, and he says I gained 6 tenths of a pound last month, so I get 10 less pellets of this O.M (overweight management) crap dog food at each dindin. We think he needs to be on a diet to, please tell him to lighten up. And what’s with our own scales? that’s just mean, getting special doggie scales. He says we need to be thin so we can catch the squirrels but we told him we can catch squirrels and birds. We think. 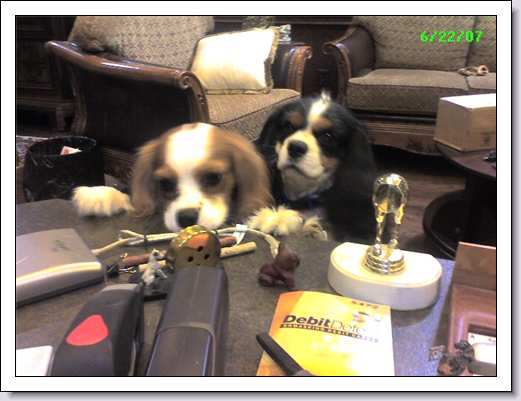 Those are what we live for. Treats. What the heck does he think he is doing with those up on his desk? That’s just mean. I want both of them, Willie should have to go without. (He’s fat, remember?) 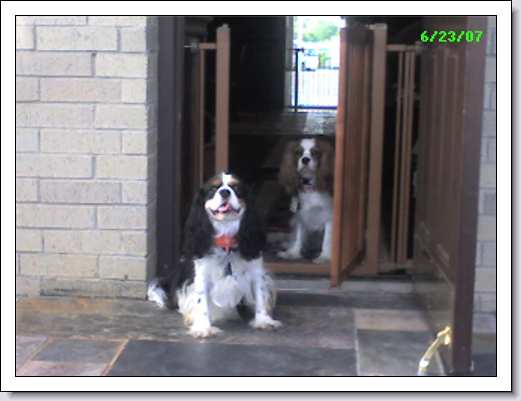 He lets us sit out front of his office, with our stinking leads attached sometimes. We like it early in the morning, when its still dark, we can watch the tractor trailers go by. What’s with that getting to work in the dark thing anyway? Please forward this email so someone that will give us a good home can come rescue us. or just rescue me from Dixie, she’s a bitch.