Dillon Is Ready for Adoption

Dylan (or Dillon) is as sweet as he can be. He was rescued from the Dallas Animal Shelter, and not knowing his name, given this name. He is starting to answer to it, but his new parents could certainly rename him if they chose to. He is a male, approximately 2 years old. He was recently neutered, and is doing very well. At some point, his tail was cut off, but never mind his “nub” swings just like a tail, and he is very happy with a really cute face. He is slightly smaller than average, at 15 pounds. When he came to rescue, he was suspected to have an enlarged prostate, which was affecting his ability to urinate, but the neutering seems to have helped that, and additionally, since in foster care is 90% house broken. He also had his teeth cleaned.  He uses a doggie door well, and hasn’t had an accident in weeks. He likes a lot of attention, and loves to go bye bye, and loves to cuddle and get rubs. He coexists with a cat at the current foster’s home, and 3 other Cavaliers, but could be just fine by himself I believe, as he does like a lot of attention. You can learn more about him at the rescue site, and search this blog for postings with his name. 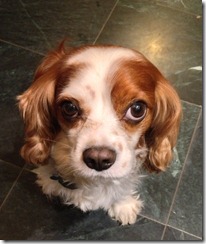 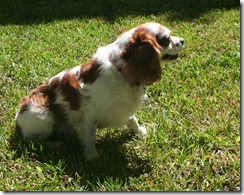 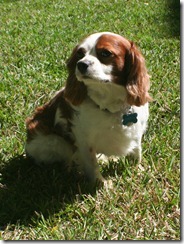 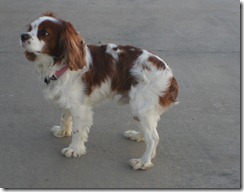 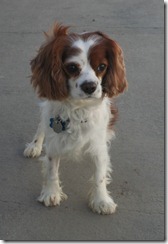 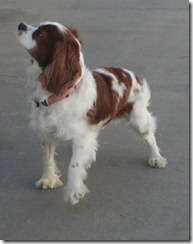 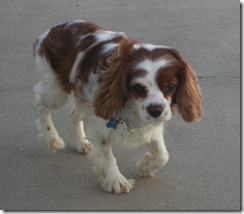 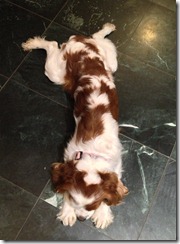 Piled In The Car-Again Willie the Biker