There were almost 100 dogs dumped, 39 were Cavalier, they have received a lot of news coverage. Daddy made us look at these pictures, so we would know how lucky we are. Him and Uncle Rodney donated time this morning to go the Ft Worth Humane Society on Lancaster and bathe all 39 of the dogs that were dumped from the puppy mill. They will be available for adoption Sunday at noon, but they already have 500 applications. Rescue volunteers helped with bathing, trimming, inspection, grooming, and getting them ready for the Sunday interviews, and to better understand their condition. Daddy and Uncle Rodney bathed most of them, the others did examinations, clipping, trimming of nails, etc. At least one was blind, all but one were females, and most were seriously overbread with hematomas as a result. sorry for so many pictures. Daddy took video, and will post it tomorrow likely. 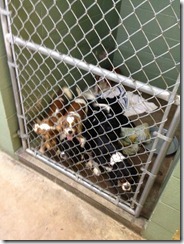 lots of babies in cages 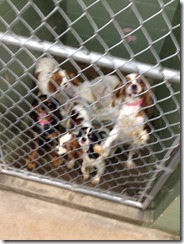 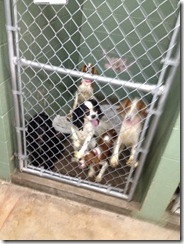 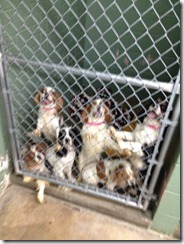 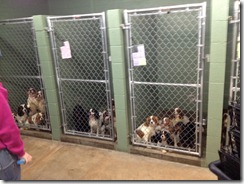 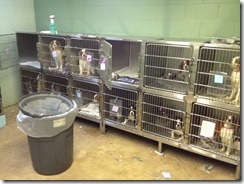 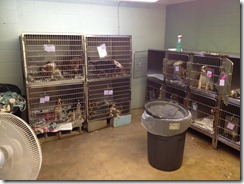 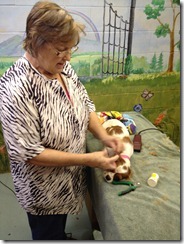 everyone getting spa treatment 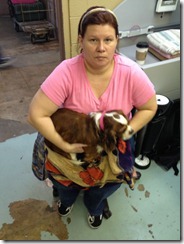 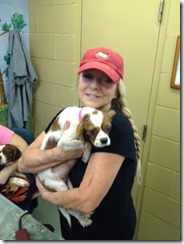 This is Kathi, the rescue “boss lady” for Texas 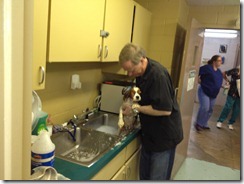 Here daddy is, giving a bath 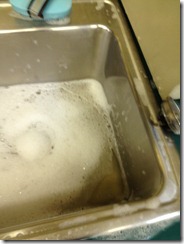 The water was so dirty 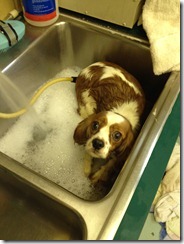 Some of the dogs were very scared, and skittish. One pooped as daddy was bathing him he was so scared. Most had likely never been bathed. 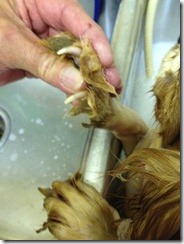 all had terrible nails that had clearly never been trimmed. 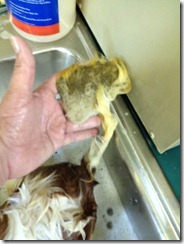 wow. now that’s  matted tail. the tail is just right in the center, the rest of that is matted hair, likely never bathed in its life. 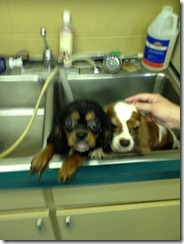 2 babies waiting for a bath, some liked it 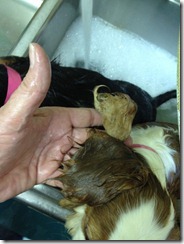 judge matte, as big as the ear, this baby had a bunch of these on her ears 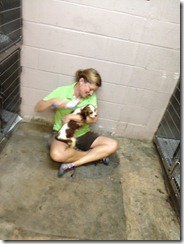 Ms. Liser giving one a good inspection and some love 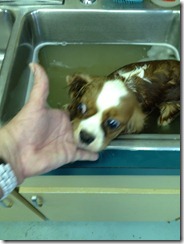 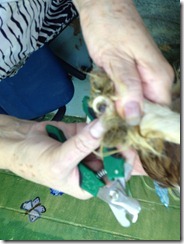 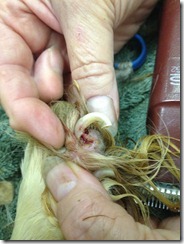 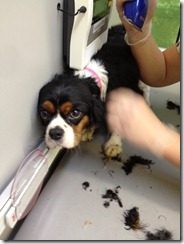