there were many mad people at the shelter yesterday, but there always be, they thought that because they were first in line they would be first to get a dog. Shelter employees and others never told me that such info was given to anyone by anyone. Prospective applicants just "assumed" it was like an iPhone intro i suppose.

I had a call at home last night from one such angry person, when i explained what they would have gotten, they calmed down, and i made them aware the process was designed to be the best for the dogs, not the people. I was candid, as always. Many of the prospective parents no doubt wanted to help a dog, but many were likely looking for a bargain. And anyone that thought showing up early should increase their chances of getting a dog likely hadn’t considered the reality that process was intended to be the best for the dogs, and YES, there might actually be applicants more qualified than them. Time of show up to get in line was not a criteria for choosing the best parent. I introduced my current foster, and they immediately went to the site and filled out an application. the adoption fee with cavalier rescue was less than the costs to be endured by one of the shelter dogs, and the parents get to meet the dog and know everything about it.

I think the shelter could have been more organized and handled it better, standardizing info given out, having a published process, etc. etc., but that’s the organized business side of me thinking out loud, and many of these people were overworked and had no experience in such matters, or experience with such a huge group of applicants. On balance, i think they did the best they could have been expected to do, and I have no doubt they were trying to do what they though in their heart was right for the dogs.

following are pictures of the event. 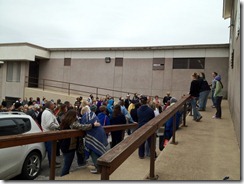 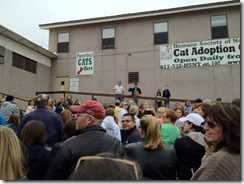 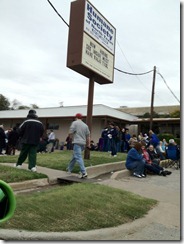 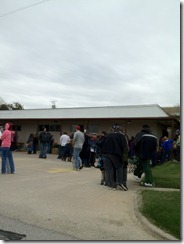 Videos of Rescues at Shelter We Love Posing For Pics!