A RESCUE IS PUT DOWN – A SAD DAY WITH HOPE

yesterday, one of my Facebook fans sent me a message asking that I call to get information on a Cavalier that needed help. He had gotten out, been involved in a dog fight, and sustained quite a few injuries. (some speculation on exactly what happen) The owners didn’t have the money to help with medical bills, and weren’t doing anything, hoping that the dog would get better. In the meantime, infection had set in. After reaching the owners, and negotiating with them (the man wanted money for help, but didn’t want to give the dog to rescue, the lady wanted to give the dog to rescue-NOTE-rescue never gives money, they require that any dog needing help be given to rescue) In the meantime, the dog was in bad shape, and deteriorating. After a few calls, they agreed to give the dog to rescue, and a foster(not me) picked the Cavalier up. He was in much worse shape than expected, and was taken immediately to the emergency vet. Following are the comments, some number of hours later, from the rescue coordinator.

Im devastated..we had to put the dog down. .he was in much worse shape than the owner told us..broken ribs sternum and was going to lose his leg. The infection was killing him. Vet said would cost about 25 thousand to try and save him and probably wouldn’t make it. Yes the er vet just called me and said we did the right thing.he was suffering greatly One of my fosters picked him up tonight..she’s also devastated

The hope is that rescue really does work. This dog was rescued, and put out of his misery, and what was surely going to be a miserable slow death.

Thanks to my Facebook friend, Tammy, for letting me know about the situation. 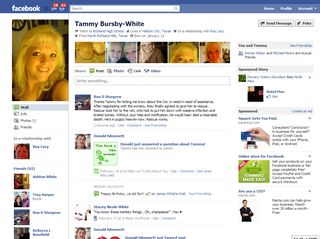