Sorry for the graphic pictures. You may recall about a month ago 2 Cavaliers were dumped off in a ditch close to my house. I took them and got them cleaned up and bathed, treated for fleas, and checked out, but I didn’t keep them, as I already had 5 dogs at that time. They went on to another foster, but later have been transferred around to share the load of too many dogs in the system right now. Anyway, Porsche is now back with us, and we would expect to have her until she is adopted. These pictures were taken the day I got them out of the ditch (actually, Uncle Rodney went and picked them up when a neighbor called), and we couldn’t keep them at work they were too infested with fleas. Yes, so infested with fleas that they’re skin was bleeding. Sad. Anyway, a day after they were cleaned up and feeling much better. Its odd, but infested with fleas like this, their tail was still wagging and they seemed normal. Anyway, Porsche is staying with us, she is so sweet. She had just had a recent litter of puppies when dumped off (likely from a puppy mill), and is overweight, but so sweet and playful, and ready for adoption now. 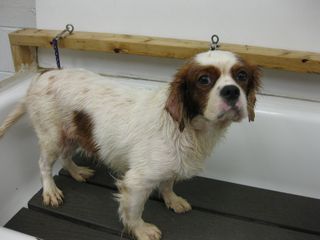 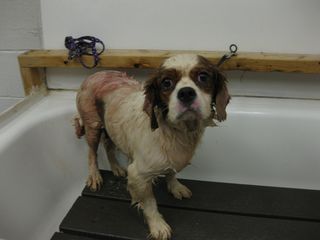 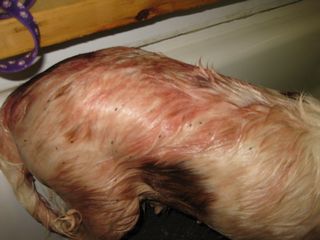 Tagged In:fleas-Porsche-puppy mill
Lazy or Playing At Work With Daddy Daddy When Are You Coming To Bed?